Brokeback… to flatpack, David Cameron and Nick Clegg have secretly built a cabinet together inside No10 – an IKEA baby cupboard

Posted on April 7, 2011 by wardrobe_closet_guru
If you ever think of DIY (do it yourself) projects, leave it to the politicians to convince you otherwise (although they may be right). As Tom Newton Dunn, Political Editor for the Sun recounts below, all of a sudden, finding a stylish storage solution that is not only affordable but delivered and set-up for you with the only task you are responsible for is placing your belongings and enjoy looks great. 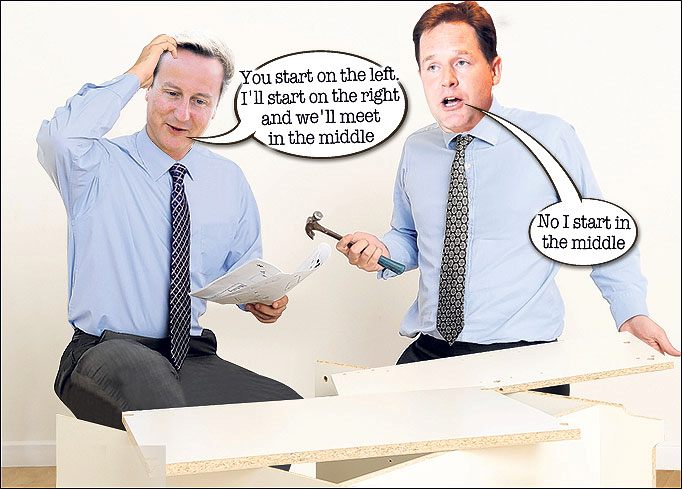 Flatpack rat pack ... Cameron and Clegg get to work

The pair, whose blossoming friendship once saw them dubbed “the Brokeback Coalition”, put together the flatpack furniture for Mr Cameron’s new daughter Florence.

In an exclusive interview on the eve of the Lib Dem conference, Deputy PM Mr Clegg told how he helped out two weeks ago in the Camerons’ refurbished Downing Street flat. 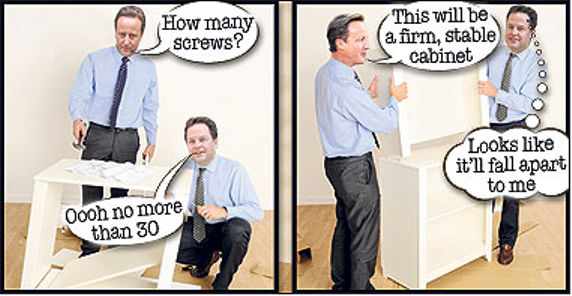 The father of three said: “David was still on paternity leave and I was holding the fort.

“They were installing themselves in the flat upstairs and David said to come up and see little Florence – who is adorable.

“So I went up, and found her asleep, but the Prime Minister struggling with an IKEA cupboard which he was assembling. 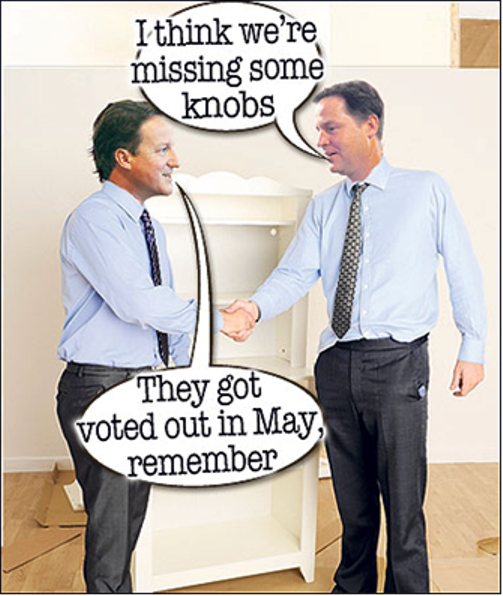 Working it out ... politicians are firm friends

“I felt I was able to provide some helpful tips, having struggled with IKEA cupboards myself before.

“We’re both young dads, with young children, who struggle with IKEA furniture.”

And he joked: “Have you ever undone an IKEA screw? It’s one of the great challenges of the world!”

The bonding session is an intriguing insight into how close the former poll rivals have now become.

Their friendship prompted the jibe by rebel Tory MP David Davis about Brokeback Mountain, the Hollywood tale of two gay cowboys who fall in love.

But Mr Clegg laughed that off, explaining: “I actually found it quite funny.

“I get so much thrown at me every day, I don’t take any of these things seriously.”

He said the partners do often keep in touch from their different office buildings by text message.

31 Responses to Brokeback… to flatpack, David Cameron and Nick Clegg have secretly built a cabinet together inside No10 – an IKEA baby cupboard